Starting Up the Fire

I cheat quite a bit in starting my fires. I use one of the “Fire logs” that burn for 3 or 4 hours. I know that they are intended to serve as the entire fire, but I like to use them as a way to “kick start” my fire, helping to “fire up” the other logs I have placed on the grate. And to be even more brutely honest, I place some newspaper below the grate and get the fire started by setting a match to the newspaper, which in turn lights up the artificial fire log. This log in turn lights up the other “real” logs I have placed on top of, in front of, and behind the fire logs. No boy scout rubbing of sticks for me—it is all about getting the fiery show underway with minimal effort. Eventually, however, the fire must burn “on its own” with nothing but real wood doing all the work. I refuse to add another fire log. This is beneath my dignity. After all, I once was a boy scout . . .

The same can be said for organizations. There might be an initial infusion of capital (money, time and energy without pay), but the organization must eventually be able to operate on its own. Leaders of the organization can’t continue to pump in “artificial” resources. Money needs to be generated, and employees need to be paid. We might think of this as a Sustainability Curve—which is closely aligned with the now legendary change curve (first presented by Elizabeth Kubler-Ross).

Here is what the classic change curve looks like. I propose that the same curve applies to the process of sustainability when it comes to portraying the life of a new program or organization. 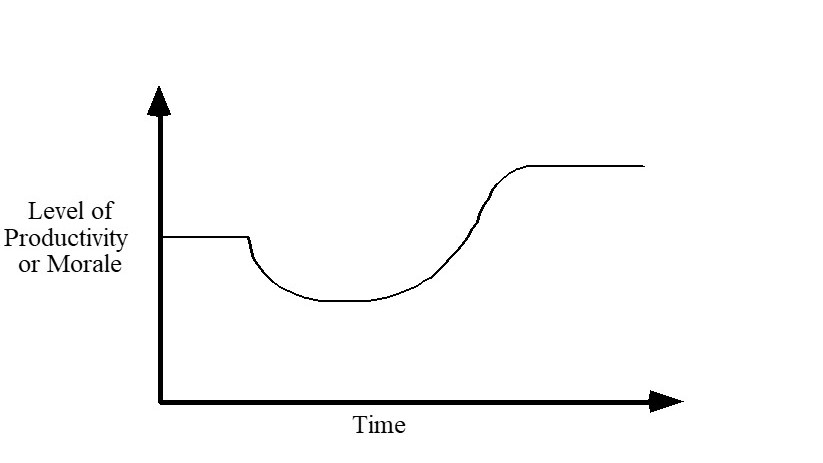