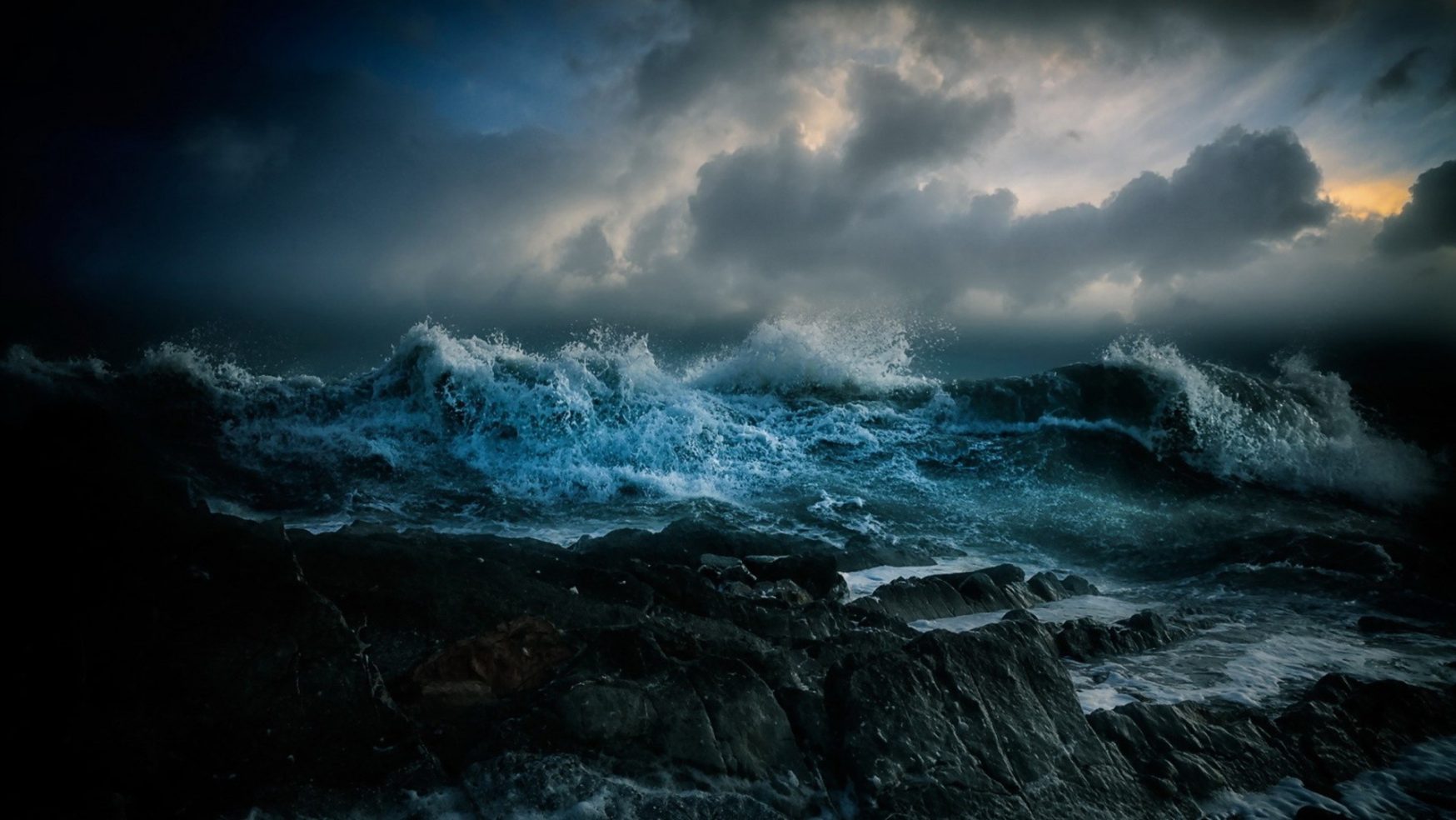 We know from the interdisciplinary field of Complexity Theory that once three systems are interacting with one another, the outcome of this interaction becomes unpredictable. When two systems are operating then the tendency is for one system to be dominant and then the other system is dominant. The classic example of two systems interactiving is the pendulum. The bob swings back and forth–we know what is happening. If a third element is introduced such as movement of the base from which the pendulum is swinging, then the movement of the bob becomes unpredictable–and the movement is highly complex.

We also know that once three different weather systems collide, the result is often a very powerful and destructive storm. Sebastion Junger describes just such a destructive collision in his book (and a subsequent movie) about a massive storm occurring oft the New England coast. He describes this as the “perfect storm.”.Junger depicts not only the high winds and turbulent sea but also a very large wave that drowned the men on a Swordfish vessel and eventually hit the New England coast line.

As members of the Global Psychology Task Force we have been focusing on the psychological ramifications of the current global outbreak of COVID-19; yet, we keep getting drawn into the ongoing polarization and racial conflicts that are raging in the United States, but are also found in many other countries. And both of these profound crises are exacerbated by the dysfunctional (and often authoritarian-leaning) governmental responses to these challenges. We have discovered, in other words, that there might be a “perfect storm” operating at the point when these three systems interact. Pandemic virus meets race-based riot/police-abuse meets government ineffectiveness. There is a resulting storm and, as Junger depicts, a massive wave that threatens to destroy our hard-won democratic structures and our fragile sense of human compassion and kindness.

Following is a dialogue that was engaged among members of the Task Force regarding this Perfect Storm. The dialogue is initiated by Dr. Karin Bustamante. Other participants were Dr. William Bergquist, Dr. Suzanne Brennan-Nathan, Dr. Larry Hiner, Dr. R James Llttle, Dr. Sunita Rae, Dr. Rosalind Sun and Dr. Kevin Weitz. They are all members of the Global Psychology Task Force.